Until now, the solar panels (photovoltaic panels) and solar thermal collector were highly visible on the roofs of houses. In this article I will show you a technology that might change it a bit.

As I found out recently, Colored Solar, a company based in US, makes solar panels in a variety of colours, e.g.:

They are all made from silicon policrystals.

If the solar panels have a color that closely matches the color of the roof, they stand out less. It will make the house look more pleasant, without the large black rectangles in silver frames. I wouldn’t care about this, maybe a little, because if something doesn’t stand out, than it doesn’t attract unnecessary attention. And the solar panels won’t be a target for kids’ slingshots. 😉

However, I can see how people won’t install ugly solar panels on their roofs, because it will make their houses look worse. And they worked so hard to pay for it to look impressive. 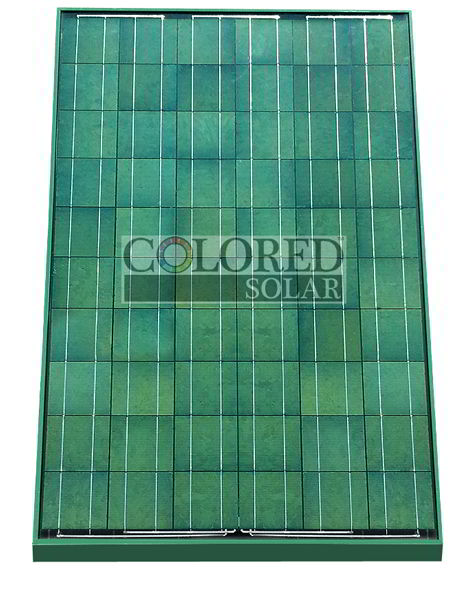 These green solar panels look a bit like they were made from copper that was later covered with patina. They will look good on all the buildings that already have green roofs made from copper plates, mainly older ones (even antiques). I can imagine that people would want to install solar panels on those buildings as well as on the ones that are just being built. 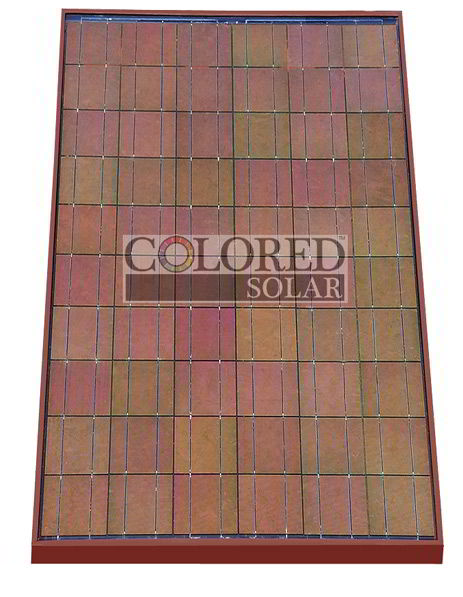 These two colors will look great on the ceramic tiles that are very popular in Poland when it comes to covering roofs. Most tiles used here have natural colors, that come only from the clay used to make those tiles. Even if the roof is covered with steel plates, they are often manufactured so they look like ceramic tiles. 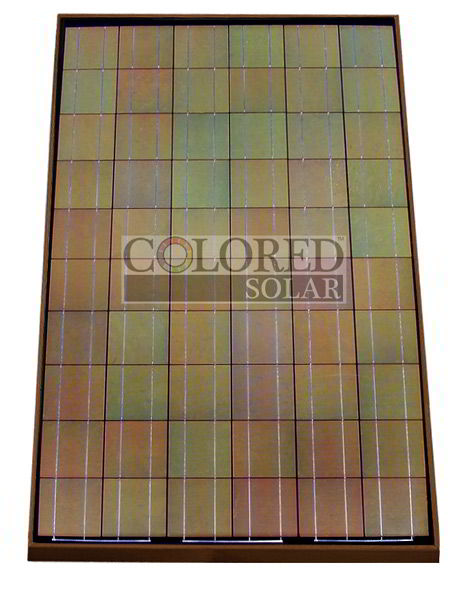 I had to ask the company how much these will cost (on the website I found those photos and information, there’s nothing about pricing). As I found out, the prices will start from 2,39 $/Wp if the order is small. If it’s bigger, the price will be better.

I only cannot imagine a person who would want to install a golden solar panel. And why. To make the house look more impressive? 😉

One response to “Colorful solar panels”